A useful widget for activating jobs that includes a countdown timer

Written by Danna
Updated over a week ago

The Time Left Current Job widget is a multi-state, dynamic widget that's a great option for activating jobs since it supports the entire activation flow: from activating a new job, via ending setup, to timely preparation for the next job. The name of the widget is based on its main feature of the countdown. This countdown is based on current production performance that's a useful estimate for when to get ready for the next job, especially as once the job is running you can tap Pending jobs to see which job is next and take a look at its recipe.

The states the widget alternates between are described in the following sections.

In this state, there's no running job, or no time left for current job, and the display is zero minutes with an Activate job button. 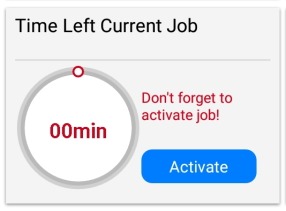 The widget transitions to this state, Setup mode, after a job is activated. Tap End Setup to end the job's setup phase. 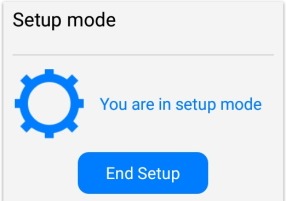 After setup is completed, the widget transitions to its base state in which it presents a countdown timer that shows the time left for the current job, based on the current production rate. 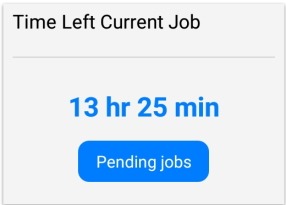 Note: When a machine is in 'No Production' status, widgets are not available. In this case use the Actions Menu to activate a job.

From the basic training program, these articles are particularly relevant:

Did this answer your question?